Cashew nut shells, considered ‘rubbish’ by many people, turn out to be a material which may create a market worth hundreds of millions of dollars a year. 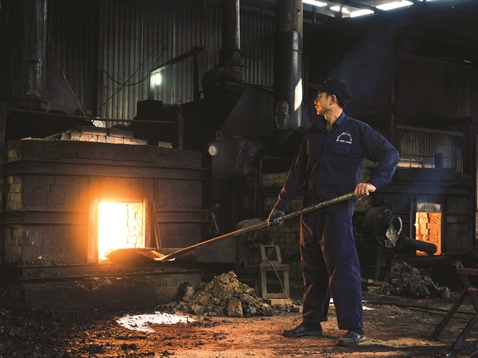 Vietnam exports 600,000 tons of cashew nut shell oil a year, while the profit is no less than VND2 million per ton.

Cashew oil is an important material in many industries. It is used to make high-quality adhesive materials, binder for seagoing vessels’ paint, and laminated and heat-resistant materials. It can also be used in the electrical and electronic industries.

Do Nguyen Kien, director of F.T.E Technology Development, said though cashew nut shells are a by-product, it is the major source of income of the company.

Though Carnadol has high value, companies still focus on making cashew nut shell oil because Carnadol has a short expiry date, while the investment rate and the risks are high.

According to F.T.E, the expected average profit from Carnadol is VND2 million or at times VND4 million.

Regarding the investment rate, Kien said the required investment capital is VND2.5 billion for the capacity of 50 tons a month.

“The cashew nut shell oil market has great potential. Therefore, we do not focus on Carnadol,” Kien said.

F.T.E also exports cashew sell residue for fuel and sludge to South Korea. Sludge could be used instead of FO.

Though it produces less calories, it has lower freezing temperature (at minus 42oC) and can be used in countries with cold winters.

F.T.E alone can provide 25,000 tons of oil every year, but the p could be 48,000 at maximum. Its products mostly go to China, South Korea, Indonesia and Spain.

In the past, China was the biggest consumer, but it has been replaced by South Korea.

Kien believes that Vietnam’s cashew nut shell oil can meet standards for the US market.

However, Vietnamese companies continue to focus on doing outsourcing for China, and export products to China because of commitments made with machinery suppliers.